Children’s Day or Bal Diwas in India is a special day celebrated for the Children of our country to raise the awareness of their rights, care, and education. It is celebrated on 14 November every year since the year 1956. It is celebrated as a tribute to our Nation’s First Prime Minister, Jawaharlal Nehru, who always worked for various motivational as well as educational programs across the country for the children. The former Prime Minister was fondly known as Chacha Nehru amongst the children and was very popular among them.

He had a great vision for the development of young minds that helped the country in setting up of the All India Institute of Medical Sciences, or AIIMS, and the Indian Institutes of Technology (IIT). He played a major role in the setting up of these educational institutions in India. He had also worked for the establishment of the Indian Institutes of Management in India that are now the top institutes for the Management studies in India.

Pt. Jawaharlal Nehru left a legacy of education and development opportunities for the children of our country. In his “Tryst with Destiny” speech in the Parliament House that he made to the Constituent Assembly on the eve of the day of Independence in India, had become very popular. It says, “We have to build the noble mansion of free India where all her children may dwell.”

Jawahar Lal Nehru had always shared thought-provoking quotes that inspire all generations of people all over the world. Children are like buds in a garden and should be carefully and lovingly nurtured, as they are the future of the nation and the citizens of tomorrow. – Jawahar Lal Nehru 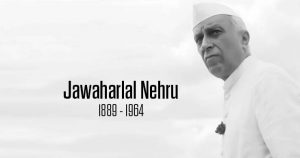 On this day, many programs related to education are held all across the country by the children and for them by the teachers. These functions are held to motivate the children for a brighter future. School conduct educational and entertainment programs such as drama, Children’s day speech, fancy dress competition, quiz competitions, music and dance performances etc. Some of the schools also conduct student’s rallies. Gifts are given to the children such as toys, books, stationery items etc. They are taken on picnic tours by the school or to watch the movies.

Pandit Nehru always stood up for child education and he used to say that children are the ‘future of the country.’ People distribute various gifts to orphan children such as toys, books, clothes, chocolates etc.

There is a competition that Google is putting out to celebrate Children’s Day 2019 just like every year. It will be announcing the National winner of ‘Doodle for Google’ on Thursday, November 14. The Annual Doodle Contest by Google was open for children to participate until 30th September 2019. The contest was held in four distinct groups and four entries were selected as finalists from each group which brought us to 20 national finalists for the Annual Doodle Contest. The Winner of the Contest will get a chance to display his art on the Day and he will be receiving a College scholarship worth Rs 5,00,000 as well as a technology package for their school worth Rs 2,00,000. He/she will also be given a certificate or trophy and Google will also give the National Winner an opportunity to visit the Google Office.

Pt. Nehru has played an impressive role in the shaping of the education sector in India. He strongly believed that the scientific knowledge and logical reasoning, as well as rationality, were the basis of any and all learnings. It was Chacha Nehru’s vision that was the driving force leading to the establishment of the top Higher education institutions in India such as the Indian Institutes of Technology (IITs), Indian Institutes of Management (IIMs), All Indian Institute of Medical Sciences (AIIMS) and various others.

Jawaharlal Nehru also helped in establishing the Lalit Kala Academy and the Sahitya Akademi and became the first chairperson of the SahityaAkademi. Pandit Nehru always believed that education was not just about the scholarly studies and the academics but art and culture were also an important part of education that leads to the overall development of the children.

A famous quote by Jawaharlal Nehru says, “The children of today will make the India of tomorrow. The way we bring them up will determine the future of the country.” Our country needs great leaders like him who will invest more in the education sector for the younger generations to get all the opportunities that they may miss out on if they don’t go to school.

125 thoughts on “Celebrating the Children’s Day and remembering Pt. Nehru’s contributions to the Indian Education”