Who is the game designer?

A game design profession involves taking all the different software they made for a game and putting them together in a way that creates the game that players will play. Individuals pursuing a career as a game designer can work with a team of designers that includes multimedia artists, animators, and application software developers. In this article, we will provide you with game design and development jobs, video game designer job prospects, and game designer requirements, if becoming a game designer is challenging.

What is the role of a game designer?

An individual who is pursuing a career as a game designer works from scratch, from conceptualizing game design ideas to putting that idea into game form to working on the main character’s story or game style, in which she is involved. Almost all the activities that go into creating a game. They bring the characters to life, give them character, create all levels of the game and decide the difficulty, or how the AI ​​will react in the game. All these aspects of the game are designed by a game designer. Game designer jobs such as designing characters, levels, puzzles, art and animation. They can also write code using different computer programming languages. Depending on their roles, well-known game designers may also be responsible for project management tasks and testing early versions of video games. A game designer often works with other creative talents such as animators, graphic designers, and in some cases, user interface designers.

Create test run plans for internal and external test groups. The plan is divided into several sections, such as goals, objectives and tasks. A plan is necessary for every task. The game designer’s job is to help you put the pieces together and make a product.

Balance and fine-tune gaming experiences to ensure product and commercial success. A career to be decided by the game designers, how many levels, who can play, what their experience will be, what things they will show in this.

Write or supervise the script and dialogue of the game. Narrative designers shape the overall shape of the game. They design missions, discover character arcs, and make sure there is an overall story in the game, all of which dictate how the player will experience the game.

The game designer’s job is to introduce new concepts of game design to fellow management and technicians, including artists, animators, and programmers. A game designer needs creativity to make a game. Designers implement their ideas on what they think might work.

The game designer’s job is to create and manage documentation, production schedules, prototyping goals, and communication plans in collaboration with production staff.

– Many people work to design a game. So, someone has to take over the whole team and supervise the different game designers. Not only that, but they also take care of proper communication between the whole team and the lead designer provides design outside the team, for example in the event of a launch.

– The tasks of a content designer are to ensure that the gameplay being designed aligns with the vision of the game. They need to communicate with the team in the best possible way. The job involves working with elements such as text, images or videos. It is an important job profile in the field of game design, as content that defines game elements provides the consumer with an enjoyable experience.

– All video games have a plot like any feature film or TV series. The game writer’s job is to write the plot and dialogue for the game. The writer of the game is responsible for designing the entire storyline of the video game. This is done during the pre-production process of the game. Create characters and describe narratives in a video game.

– The job of a systems designer in the field of game design is to take care of the implementation and balance of game features. System designer job description is to work on designing a game from start to finish. Its role is to develop a comprehensive plan and guidelines that can be given to game developers. Their functional profile and attributes are quite similar to those of software developers and software engineers.

– As a senior game designer, one is responsible for developing game systems. Control and interact as well as other interactive elements of your project to bring the vision of the lead designer and creative director into a playable experience. They coordinate with the entire team to properly present their work.

– Software developers develop applications that allow people on a computer or other device to perform specific tasks and also build the infrastructure that runs equipment or control networks. Generally, developers work closely with computer programmers. However, in some industries, developers write the code themselves, rather than providing guidance to programmers.

Also Read, 7 Ways How Digital Marketing Certification Will be Beneficial for Your Career

What is the workplace/working environment in Game Designer?

Game designer culture is made up of people who live their greatest passion. Therefore, they are enthusiastic, loyal and creative. A career as a game designer can feel good about creating something that they are not only personally passionate about, but that others can enjoy as well. This is what helps make the game design workplace different from any other industry.

No, a game designer job does not require travel. One needs a laptop/computer to work on the game design which can be done in his office. You don’t need to travel to do this.

Part time, full time. The game designer profession is a full-time and part-time job. The latter only when a person works on a project basis.

Permanent, Contractual. The nature of the employment for the game designer job is permanent and contractual. They work full time and part time in an office.

Both work from office and work from home. Game designer jobs are activities that take place in offices and at home. The job does not require a lot of physical work, but it does require intelligence and mental toughness.

How to become a game designer?

The game industry opens up many opportunities for students such as game design, game art, game animation, and game programming. It is necessary for the student to pass the entrance examinations for admission to the undergraduate course.

Here are some undergraduate courses that students can pursue.

There are several options through which students can choose graduate students to pursue their career path. The two main career path options are listed below:

What skills and qualities are required to become a game designer/designer?

Here are some of the video game designer skills listed below:

Technically, creativity involves creating a new concept or taking an existing idea and making it work more efficiently. Creativity in the workplace seems to describe the processes of implementing something new and unique. Innovation skills depend on the ability to experiment with new technologies to generate social or strategic interest. Innovative technology skills are a difference in an individual’s ability to think differently, problem-solving, and professional skills. Design the missions, challenges and puzzles that you will find in the game.

Communication in the workplace is essential for businesses as it helps organizations to be competitive and function properly. Workers can expect increased productivity, efficiency, and participation if they interact within the company. In the field of game design, a game designer does not create the entire game on their own. Usually he has a team. It is important for him/her to be good at communication skills so that he/she can explain what he/she should do to his/her team.

Teamwork is when employees combine their various competencies to achieve a goal. Teamwork and essential organizational collaboration include support, leadership, encouragement, volunteering, enthusiastic communication, diversity, and demonstrating dedication. A game designer works with a team and needs the team player spirit to be good at what they are developing.

Working as a game designer must be good at programming languages ​​in order to create games. Computer programming skills are the skills needed to work within these types of constraints and also to solve all the tests in a timely and difficult place. They need to learn programming skills to do their job efficiently through the use of software.

The importance of writing stories is the main idea that the reader should follow. These are some of the easiest ways to define the basic concept to find problems that are not the main concept. Video games are mainly based on a specific story, in which the player begins and finally ends in the final stage. Although the job of a game designer is not exactly the same (as a writer), writing stories is for the most part an essential part of the game.

Interpersonal skills are the qualities and strategies an individual uses to communicate effectively with others. In the business world, the word means the desire of an individual to work with others. Interpersonal skills vary greatly from behavior to communication and teamwork. It is important to know what they want; This requires some skill with people.

Learning seems to be something that we cannot interrupt at any stage of life, we are constantly learning and adapting things that will provide us with knowledge. Learning new skills is an activity that supports daily life as well as professional life. Game designers deal with the emotional and cognitive aspects of human beings to suggest interesting gaming experiences. Understanding other things (psychology of thought, mathematics, history, computers, etc.) helps them achieve this feat.

Project management provides organizational and collaborative skills that can be applied to any project. Fundamentals of project management requires consideration of project initiation, implementation, and completion, and all of these basics can enhance understanding of responsibilities. A career as a game designer maintains documentation at the design level, including mission mechanics, instructions, and plans.

What certifications and internships can be beneficial in becoming a game designer?

Below are the certifications that individuals wishing to establish a career as a game designer can obtain.

What are the game designer job opportunities?

Working as a game designer in the gaming industry is one of the few sectors that continues to grow regardless of the economic turmoil taking place everywhere. It grew when the 2008 recession hit and was growing when the Covid-19 pandemic hit. When it comes to job growth, there is a huge potential for someone who is really interested in creating games. People want to have fun and are always looking for new experiences, and game designers offer these experiences. When it comes to the game designer job market, there are many opportunities for those interested in game development. For example, India is now a huge market for mobile games and there are many companies that offer users mobile gaming experiences. So the job market is very active at the moment. Similarly, game companies in the US, Canada, and the UK that specialize in console games almost always hire talented developers from countries like India. So there is tremendous room for growth in terms of career growth in the game design profession. 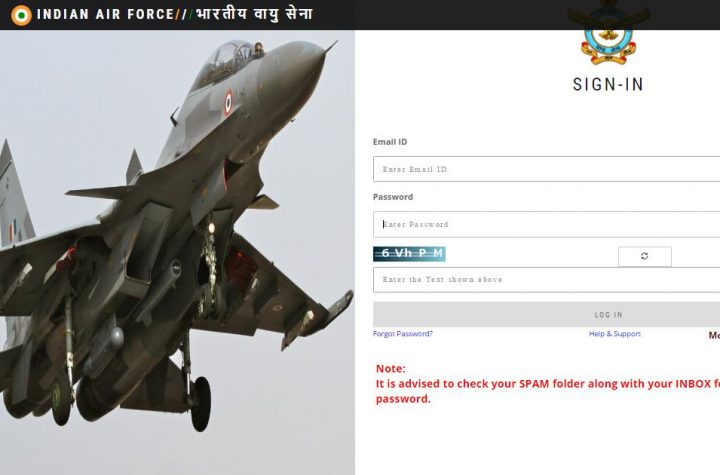 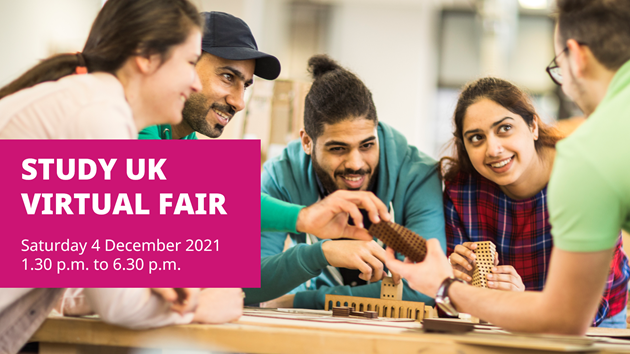 The virtual exhibition of ‘Study UK’ organized by the British Council 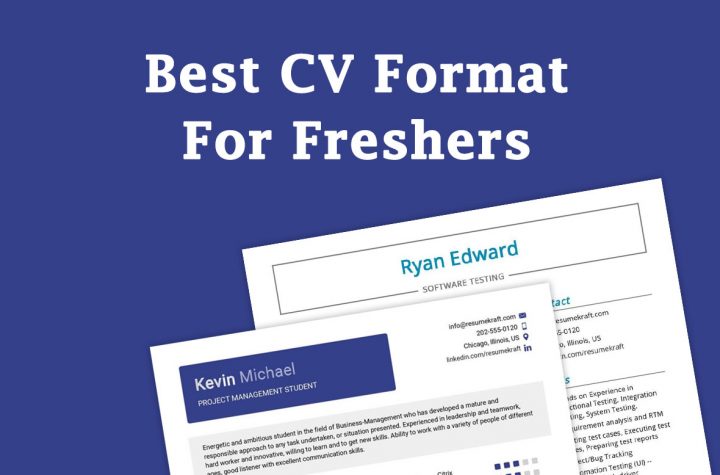 CV writing Tips- how are you getting noticed?