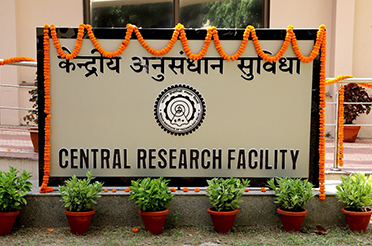 Researchers from all over the country can use IIT Delhi’s central research facilities at the main campus in New Delhi as well as at the Sonipat Campus.

New Delhi: The Indian Institute of Technology (IIT) in Delhi announced on Tuesday that it has developed a platform where anyone from across the country can reserve a tool from the Central Research Center (CRF) for research work.

Through this system, researchers across the country can use IIT Delhi’s central research facilities at the main campus in New Delhi as well as at the Sonipat campus.

“Today, we have over 50 different facilities, owned and/or certified by CRF, that are already available to users. This number is likely to double in the next two years…” added Professor Rao.

IIT Central Delhi Research Center was established in 2011 in an effort to strengthen the research ecosystem at the institute.

Since 2017, CRF facilities have grown significantly with many modern experimental facilities. So far, these have served the needs of researchers from various departments and disciplines across the institute.

In 2017, a new CRF building was constructed on the campus of IIT Delhi Extension in Sonipat. The institute said another new building with a much larger area is under construction in Sonipat, due for completion in March 2022.