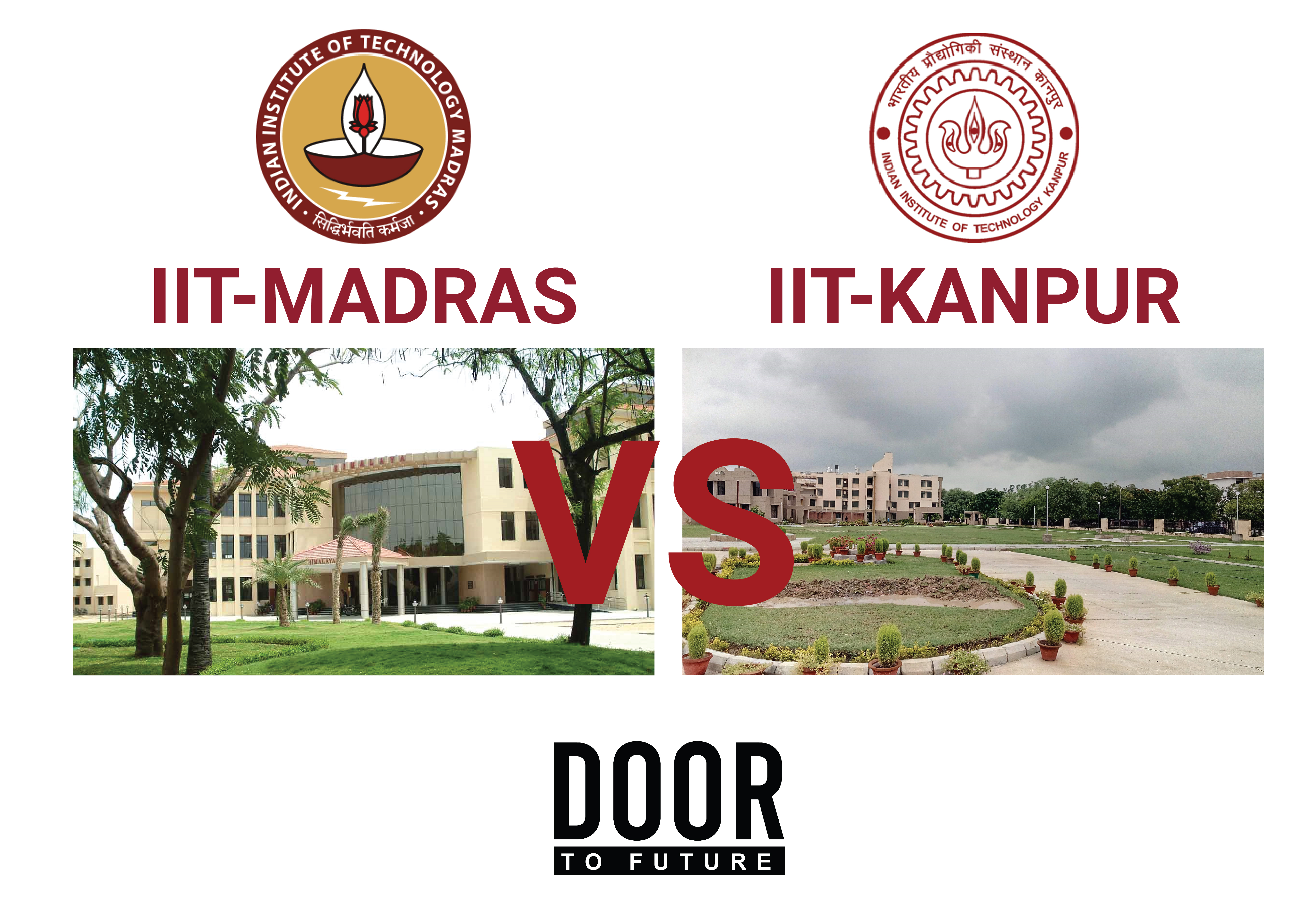 Indian Institute of Technologies shortly famous as the IITs are India’s top institutes to pursue engineering. There are 23 IIT campus, situated across the country. Each one is unique for its campus location, infrastructure and course offered. The oldest IITs are situated at Kharagpur, Bombay, Madras and Delhi. These institutes have gained fame, through its alumni who are placed around the globe in top organisations. JEE Advanced is the only straight route available for candidates to become a part of these institutes. If you are an IIT aspiring candidate and you want to know more about selecting institutes, then here it is. this blog will compare the perks and difficulties of the two top IIT campuses, IIT Madras and IIT Kanpur.

IIT Madras is one of the oldest established IITs. The institute was set up in 1959. The IIT Madras campus is situated next to Guindy National Park. This gives the institute a greenish lush appearance. Frequent visits of deer and bucks make the campus more lively and relaxing. There are 16 different departments in the institute. This ranges from aerospace engineering to biotechnology to ocean engineering. IIT Madras also offers degrees on humanities and social sciences. Management courses at IIT Madras have also produced several successful candidates. There are over 100 laboratories that function efficiently in creating new technological innovations. The infrastructures here are more advanced and accessible. The institute also expects a total of 85 per cent attendance which is considered compulsory for all the candidates. Sports facilities at both the institutes are very much similar.

The Centre for Innovation (CFI) is unique to IIT Madras. Students can pursue their work of interest, this includes Robotics, analytics, etc., The best part is that it is available round the clock for the welfare of the students. The messes here supply both North as well as South Indian food. Rooms are allotted on sharing basis for the freshers. Whereas for the other year candidates, individual rooms are available.

IIT Kanpur offers to learn by exploring. The students and staff are allowed to experiment and discover or research scientific innovations. The institute receives continuous grants from several bodies to perform research. It is the first institute in which the courses on computer science engineering was initiated. The major drawback of this institute is the air connectivity. Unlike IITs situated at Madras or Delhi, IIT Kanpur does not have active air service. This makes it one among the isolated IIT campus.

The sports and various clubs here function actively to provide the students with several opportunities. The education here is a bit difficult to cope with. The alumni from this institute are also settled around the world.

To conclude, both the IITs are equally good in standards, infrastructure, labs and academics. While IIT Madras is situated in one of India’s leading cities, surrounded by malls and entertainment areas, IIT Kanpur is a bit isolated. IIT Madras provides numerous opportunities for candidates to explore their extracurricular hobbies, whereas IIT Kanpur is a bit low on this. The food and hostels also have a bit of difference. Graduating as an IIT’ian is pride, no matter what the campus is.