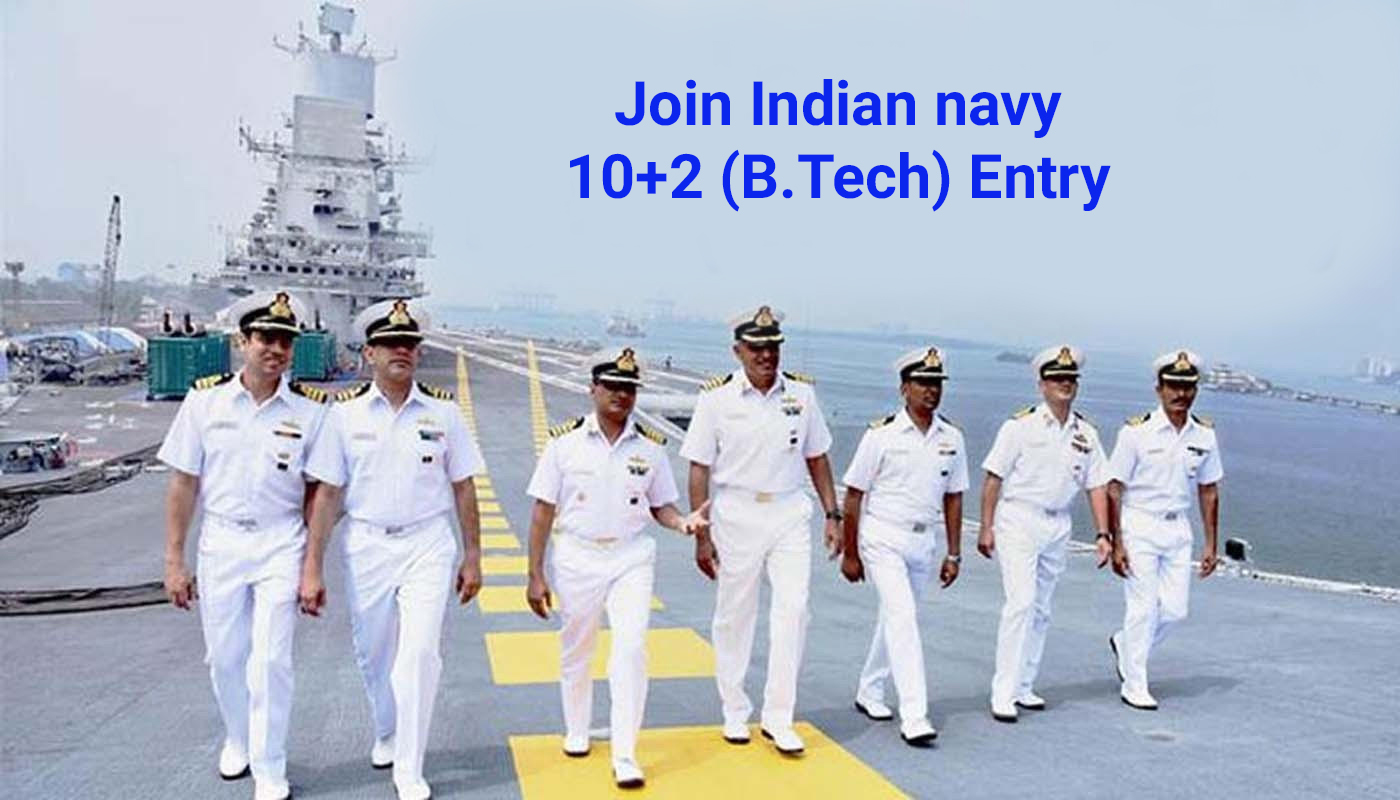 The Indian Navy is a branch of the Armed Forces, and president of the country is the supreme commander of the Indian Navy. The main objective of the Indian navy is to protect the maritime borders of the country, and they act to defeat or deter any aggression and threat against people and territory. The citizens who get into Indian Navy have massive respect in the eyes of other citizens, and they also live an honorable life. It is not difficult to get into the Indian Navy as the examination is quite competitive, and one needs to take PCM in class 12th to get into the Navy.  If someone can’t apply for the exam after passing 12th, then that student needs to appear for it after clearing Btech.  Instead of doing MNC jobs, one can prefer to join Indian Navy, which has its honor.

There are some important dates which you need to keep in mind if you want to get Nausena Bharti 10+2 Intermediate Btech Entry. The notification regarding Nausena Bharti was issued on 22 May 2019. The time of application submission is between 31st May to 17th June 2019. The merit list will be released soon, but the date hasn’t been confirmed yet. The candidates don’t have to pay a single rupee to apply for it, and the students who have appeared in JEE Main 2018 can only apply for this examination online. The minimum height required to clear this exam is 157 cms.

Admission Details for the candidates

How to apply for Nausena Bharti 10+2 Intermediate Btech Entry January 2020?

The candidates who have cleared 12th with minimum 50% percentage and has appeared for JEE Mains 2018 can apply for this exam. The interested candidates can apply for the Intermediate Btech Entry with the help of the online platform. One needs to visit the official Indian Navy website where you can get the link for the online registration form. The last date to fill up this form is up to 17th June 2019. The students need to fill up the online form with the correct details, and they need to link Aadhar number as well.

The students who have appeared for 12th exams in 2019 can apply for Nausena Bharti 10+2 Intermediate Btech Entry 2020. They need to make sure that they also have appeared for the JEE Mains examination. It’s not easy to get an entry in Indian Navy right after 12th standard, and the student needs to work hard to clear this examination. The marks of the class 12th need to be considered, and if the student has below  70% in PCM, then he can’t get admission in Indian Navy for B.Tech. The career of the students who will apply for it will be honorable and productive.

Why should you choose the Indian Navy?

Serving the Indian Navy is a different career which is not chosen by almost every student who has taken PCM in 12th. The Uniform of the Navy can’t be bought by anything but only by earning it in an honorable way. You will get respect from millions of Indian citizens when you serve for the Indian Navy. It is proud feeling when one gets the chance to serve the country. The personality and lifestyle of Indian Navy officers are quite noble and robust.  So, the PCM students should try to fill up the form for Btech Entry in Indian Navy.  The Indian Navy officers get a free medical examination for the whole family. One will get the best health and sports facilities after joining the Indian Navy. During official programmers, one can also get the chance for international visits. There are official guest houses for Indian Navy officers where they can spend the holidays with their family. The stars, the badge, and boots define an Indian Army officer, and the weapons would be a highlight of it. So, the PCM students should look forward to applying for Nausena Bharti 10+2 Intermediate Btech Entry if they want to live an honorable life. Thus, it’s a great way to serve the country.