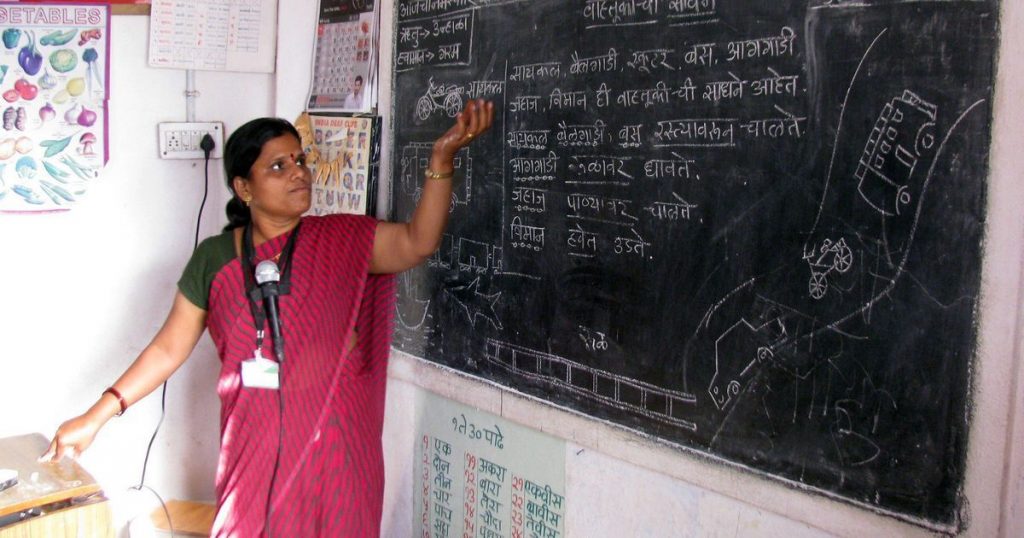 Jammu and Kashmir Deputy Governor Manoj Sinha on Sunday described the educational community as torchbearers who carry human values ​​forward and play the role of the most important members of the development journey. On the occasion of Teacher’s Day, he opened a two-day workshop on the implementation of the New Education Policy-2020 and had interactions with the Education Reform Committees formed at the UT, Departmental and District levels.

Lieutenant Governor Sinha launched several important initiatives for school education on the occasion, including the opening of six Kasturba Gandhi Balika Vidyalayas and another 20 infrastructure projects related to various educational institutions in the Union Territory.

In his speech, Mr. Sinha, who highlighted the enormous role of educators and educators in the post-pandemic era, said: “Teachers are the most important members of our development process.” “They are shaping the minds of young people and inspiring them to be the leaders of tomorrow. And the reforms we have initiated through NEP-2020 will ensure that our teachers play an important role in the economic development of Jammu and Kashmir.” , He said.

Describing the teaching community as bearers of the torch that carry human values ​​from generation to generation, the lieutenant governor noted that teachers are behind the seeds of consciousness that sprout in any country.

Also, Read – IISc is the best institute in the country, no Indian university is in the top 300: The World University Rankings 2022

In recognition of the hard work and dedication of the Union Territory teachers, he congratulated nine outstanding teachers with the Best Teacher Award. The lieutenant governor, who remembers the great guru and former chief Sarvepalli Radhakrishnan on his birthday, recalled his views on the role of education.

Mr. Sinha noted that Radhakrishnan firmly believes that the goal of any effective educational system should be the balanced development of any individual and the awakening of knowledge and wisdom in him. The governor said that with the opening of the workshop on the implementation of the New Education Policy – 2020, an online process is being launched to obtain suggestions and comments from the people that will become the basis for making important decisions in this regard in the next days.

The governor also said that education reform commissions will play an important role in pushing for the realization of a new and prosperous Jammu and Kashmir. He added: “The current reform process strikes a beautiful balance between ‘science’ and ‘Sanskar’. The policy addresses existing gaps and disparities and clearly defines the role of teachers in technological progress to create the minds of the future.” The governor directed the Department of Education to initiate a program to identify and honor 100 students from each district who are doing outstanding work in innovation. His Excellency the Governor expressed his joy at the continuous efforts made to close the gender gap and control the dropout rate.