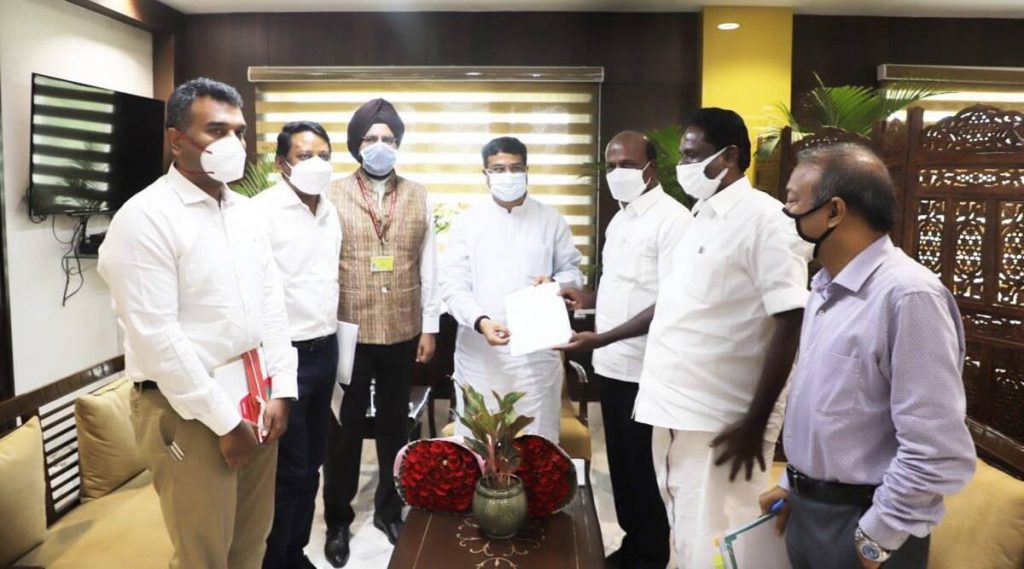 Four cities, Chengalpet, Virudhunagar, Dindigul, and Tiruppur, have been added to the list of venues where NEET (UG) 2021 will take place.

Pradhan told him that for the convenience of Tamil Nadu students, four cities – Chengalpet, Virudhunagar, Dindigul, and Tiruppur – have been added to the list of places where NEET (UG) will take place.

“The Minister of Health, Government of Tamil Nadu, M Subramanian met with me to discuss various issues of Tamil Nadu, including NEET (UG) 2021. He explained the background of the Supreme Court directives in this regard.

“Also, please share that to meet regional aspirations, the number of languages offered has increased this year … with the addition of Malayalam and Punjabi. The test is being conducted in Tamil,” Pradhan said in a series of tweets.

The number of cities increased to 18 from 14 last year. He said the number of test centers will also increase. The meeting comes a day after a high-level panel, led by retired Madras High Court judge AK Rajan, delivered its report to Prime Minister MK Stalin on the impact of the National Entry Test (NEET) on Tamil Nadu and related issues due to its implementation.

The court has rejected a petition in the Madras High Court, which seeks to annul the notification from the government of Tamil Nadu, which forms the High-Level Committee on NEET.

Most parties, including the ruling DMK and main opposition AIADMK, are on the same page about NEETs and have called for the test to be removed, arguing that it goes against social justice and for rural school students and state. NEET-UG, which was previously scheduled for August 1, was postponed to September 12.